History of Wine In Greece

After which during the last decades of the 20th century, wine manufacturing in Greece became the matter of debate between the conventional and the existing methods of making wine. At that time the only wine available for Greek people was retsina, developed with the resin of pine to protect from oxidation.

The entrance of the European Union resulted in a dynamic shift in the history of wine manufacturing in Greece. Today, the manufacturers of wine in the country are adopting the latest methods for wine production. But, interestingly they still rely on using the native grapes in wine manufacturing along with the high quality of grapes available in the international market. 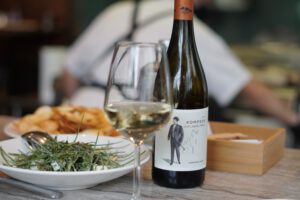 The region is regarded as the centre of the various events that were held in Greece during ancient times. According to the data related to wine production, the region accounted for 31% of wine production in Greece. It has about 182 wineries, producing grapes in 50,000 acres of land. The major categories of grapes grown in this area are Roditis, Moschofilero, Agiorgitiko, and Mavroudi. The region houses the highest vineyards in Greece located at the height of 3,000 feet.

This winery is regarded as the sister concern of Peloponnese and has played an important role in adopting the latest techniques for making the wine. The Skouras winery located in Malandreni and Nemea came into existence back in 2004. Both units are equipped with the latest machines used for wine production.